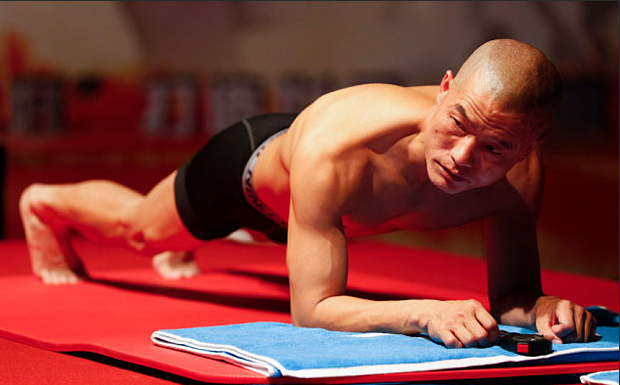 How long can you do the plank?

Is it just 2 minutes before your arms begin to shake and your core turns to jelly?


The previous record of eight hours, one minute, was set by Mao Weidong in China in 2016.
George wanted to reclaim the World Record which he held in 2011, when he planked for one hour and 20 minutes, until losing it to Mao in 2016. 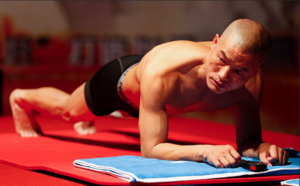 Most people have difficulty planking for just minutes at a time, but at the age of 62, George Hood has shown that it’s possible to push the boundaries at any age with perseverance and a strong mindset.

The hardcore former US Marine and DEA Supervisory Special Agent is no stranger to record-breaking, but this record is truly incredible.


George Hood set the record for The Longest Male Abdominal Plank in Chicago, according to Guinness World Records.
At a time of 8 hours, 15 minutes and 15 seconds. 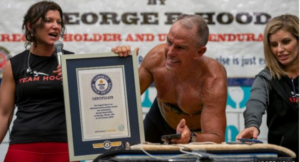 He finished the event by doing 75 push ups.
Hood says he did around 2,100 hours of planking in preparation and started practicing in 2011, training up to 7 hours a day.
In training for last month’s attempt, Hood reportedly did approximately 674,000 sit ups and 270,000 push ups.
“I have to totally disassociate myself from the reality of the clock. It’s an art and a skillset that I have mastered over the years.”
After breaking the record, Hood announced his retirement from plank record attempts. 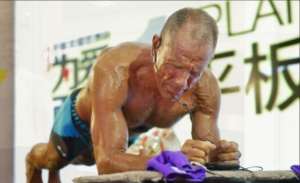 Hood also wanted to utilize this occasion at the World Record to raise awareness about and reduce the stigma surrounding mental health challenges, especially in the military and law enforcement.
A gym named 515 Fitness, which helps “address mental illness through exercise and support” co-sponsored Hood’s attempt in Chicago, Illinois, according to the Guinness Book of World Records.
In fact, Hood held the plank until 8 hours, 15 minutes and 15 seconds for the “515” to be in the record books in honour of the gym
Age is just a number!
George Hood the Bulletproofbodies Team salute you. 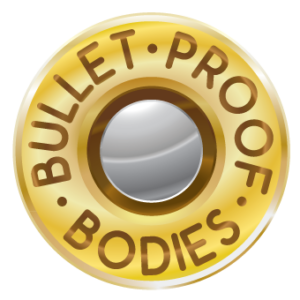